This is a fork of react-scripts (v1.0.17). It is modified slightly so that

will open an electron instance (v1.7.9) running your react app. Also the webpack target has been set to electron-renderer so that your react code and node code run in the same process.

Everything else is exactly as in create-react app.

How to use it

Simply call create-react-app with the --scripts-version parameter like so:

This is what you'll get 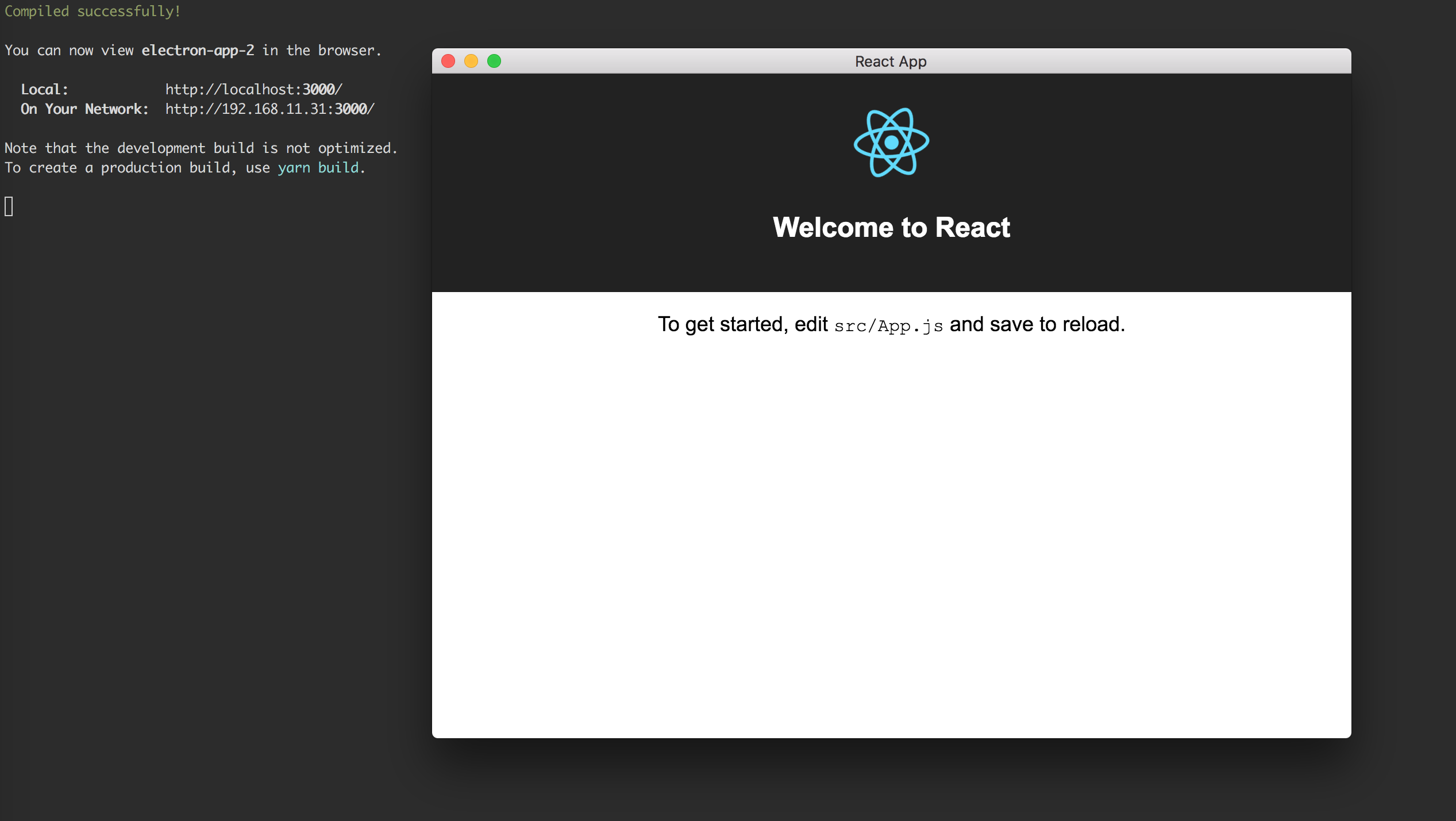